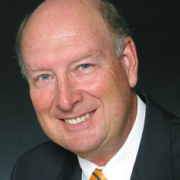 The name Gary Bugden has been associated with strata titles since 1973. He was a long-time partner of the National law firm, Mallesons Stephen Jaques (now King & Wood Mallesons), former Adjunct Professor of Law at the University of Technology, Sydney lecturing on strata titles and the author of numerous books and loose-leaf services on body corporate law and management, including Queensland Community Titles Law and Practice. For many years he was the National Editor of the Australian Property Law Bulletin and is a Fellow and former Founding President of the Australian College of Community Association Lawyers.

Gary has a wealth of practical experience in strata and community titles – as a lawyer, real estate development consultant and as a director of companies involved in strata management, strata technology, strata records inspections, real estate development and real estate investment. As a lawyer he handled a wide range of body corporate related disputes and as a Specialist Adjudicator under the Queensland body corporate and community titles laws he has presided over numerous disputes.

Internationally, Gary has travelled extensively studying co-ownership laws and procedures, particularly in North America. He has consulted to many overseas Governments on strata title, land law and real estate laws, both as a privately engaged consultant and as representative of the World Bank. He recently returned from the Middle East where he set up the strata and community title legal framework for the Dubai and Abu Dhabi Governments. Additionally, he has worked on the title and management structuring of some of the largest and most complex real estate developments in the world.

Gary’s legal expertise and experience in strata and community titles law and management is now available to Australian Governments, bodies corporate, their committees, managers and owners.

Gary Francis Bugden OAM was born at Casino, New South Wales, Australia, in 1947 to Francis Aloysius Bugden and Nita Rae Bugden. He was educated at MaristBrothersHigh School, Casino and St John’sCollege “Woodlawn” at Lismore New South Wales. He studied law while articled to the late Leslie Charles Thomas Sedgwick in Casino and was first admitted to legal practice in New South Wales in 1970.

Bugden was awarded the Medal of the Order of Australia in the Queen’s Birthday honours list in 2006 for “service to the law, particularly through the practice and advancement of legislation relating to strata and community title schemes, and to the community”.

Subsequently, in 2007 Griffith University awarded him the honorary degree of Doctor of the University “in recognition of his distinguished contributions to the community in the area of law reform and to the University”.

After completing his articles in 1970 Bugden moved to Sydney and was employed as a solicitor by SaywellBlackshaw& Co. He was eventually admitted to the partnership and the firm later changed its name to Blackshaw Lindsay & Bugden. He has always practiced in the property law area. Initially he combined a general property practice with acting on a range of protected tenancy litigation, but he soon started to practice in the strata titles area. For a period he was involved in strata title disputes, with frequent appearances before Strata Titles Boards and in later years in appeals from the Boards to the New South Wales Supreme Court.

In the late 1970’s he started to act on strata title development projects and by the early 1980’s he practiced almost exclusively in the development area. In the late 1970’s and early 1980’s he travelled extensively in North America and Asia studying master planned communities, resort projects and air space developments. He undertook a total of 11 overseas study tours. Then in the early 1980’s he pioneered airspace projects in Australia. He solved the airspace subdivision problems associated with The Connaught in Sydney and subsequently devised and implemented solutions for a range of other early airspace projects, including EastgateGardens, Eastpoint and Chatswood Connection. He also pioneered master planned communities in New South Wales, including devising the underlying structure for the NorwestBusinessPark in Sydney.

In 1987 Bugden was admitted to the partnership of Australia’s then largest law firm, Mallesons Stephen Jaques (now King & Wood Mallesons), as a lateral hire. He was initially resident in the Sydney office, but transferred to Queensland in 1990 to lead a team of southern partners to open the Brisbane office of the firm. Because of Law Society restrictions at the time the firm had to be called Bugden Summerton & Sheehan, after the names of the 3 Mallesons’ partners who transferred to Queensland. Although his Queensland assignment was for a limited 2 year period, he stayed in the Brisbane office of the firm until June 2002 when he retired from general legal practice.

Bugden practiced in the firm’s Property Group, specialising in structured titling (strata, community and airspace titles) and major real estate developments. His practice also involved a range of airport related work, including regulatory issues, mainly for Brisbane and Sydney airports. The nature of his practice was such that he was regularly exposed to aspects of commercial practice, including a good deal of managed investment work.

During his time with the firm Bugden served for 9 years as a member of its National Board and during much of his time in Brisbane he was Managing Partner (later termed Partner in Charge). He had the benefit of management training and experience within the firm, including strategic management courses conducted by the Australian Graduate School of Management and INSEAD (the European Institute of Business Administration).

Throughout his career as a legal practitioner Bugden mixed practice with academic activities. Between 1972 and 1979 he lectured part time in Commercial Law for the Accounting Course conducted by the New South Wales Department of Technical and Further Education. In 1977 he lectured in the Education Programme of the Real Estate Institute of New South Wales and between 1979 and 1988 he was a part-time Lecturer in Law in the Faculty of Law of the New South Wales Institute of Technology (University of Technology, Sydney). In 1989 he was appointed Visiting Professor of Law (later Adjunct Professor of Law) by the University of Technology, Sydney, a position he held until the late 1990’s.

He has lectured extensively for professional Continuing Legal Education programs in New South Wales and Queensland and for various industry bodies. He has also delivered visitor lectures to a range of undergraduate and postgraduate University programs.

Bugden has been actively involved in law reform activities since 1979. He served in a voluntary capacity on the following committees that dealt with the reform of common interest land titles:

In addition, he has been involved in the following consultancies:

Between 1993 and 1995 Bugden acted as consultant to the Vietnamese Government (representing the World Bank) on its 1993 review of its Land Law. Then, in 1995, he undertook on behalf of the World Bank a review of the then current land laws in the Kingdom of Cambodia. These assignments followed experience in relation to proposed new strata titles laws for Fiji and new condominium laws to interface with existing land laws in one of the free trade zones in China.

In 2007 and 2009 Bugden was engaged by the Dubai Land Department, United Arab Emirates to assist with the formulation of a strata titles regime for the Emirate, a regime capable of regulating the large and complex projects that are there today.Between 2008 and 2011 he was engaged by the Department of Municipal Affairs, Abu Dhabi, United Arab Emirates, to project manage their Real Estate Laws Project. This included policy advice and drafting of a range of Laws and Regulations, including a strata and community titles regime.

Bugden is a regular speaker at legal and industry based seminars and educational programs. In addition to his Australian appearances, he has delivered papers at major venues in the United States of America, the United Kingdom, United Arab Emirates, Oman, Singapore, Vietnam, China and Fiji. In total, he has delivered well over 350 papers, many of which can be accessed on this web site.

Bugden has written a number of books and loose-leaf services, all published by CCH Australia Limited. In addition, he has served in the following capacities:

Bugden is, or has been, a long standing member of the following professional associations or industry bodies:

Over the years Bugden has been a director of a number of companies. He was a director of various companies in the Hawaiian Group, being subsidiaries of the Malaysian listed public company Selangor Properties Berhad. He was Chairman of Body Corporate Services Pty Ltd (which he co-founded with the late Alan George), Chairman of Landmarc Limited (a company formed by the Queensland Government to market certain government expertise and technology in overseas jurisdictions), Chairman of ComStrata.com Pty Ltd and Chairman of Domain Resorts Pty Ltd. He was also a director of Insite Asset Management Pty Ltd.

Bugden was on the Council of Bond University for 7 years and served as its Deputy Chancellor for 6 of those years. He also served on the Audit and Risk Management Committee of the University. He is Chairman of Purchasers Strata Inspections Pty Ltd, Mystrata Pty Limited, Mystrata Middle East FZ LLC and PRDnationwide Middle East Real Estate LLC.

In 2004 Bugden, with his eldest son David, acquired a majority interest in a technology company that was subsequently rebranded Mystrata Pty Ltd. That company now provides technology to users in numerous countries throughout the world.

In 2008 Bugden joined a consortium that acquired the franchise for PRDnationwide for the Middle East Region and worked for many years developing the Region’s leading development consulting practice. That practice has been involved in many of the iconic projects of that Region, including the World’s tallest building in Dubai, BurjKhalifa, Emirates Living Communities in Dubai, Saadiyat Island (Abu Dhabi’s new Cultural Precinct), Al Raha Beach and Yas Island in Abu Dhabi and Sowa Island (the new purpose build CBD of Abu Dhabi).